Inside the universe of Park Chan-wook

Barefoot in the snow for a silent night suspended in time…  an emblematic image and a trademark of Korean director Park Chan-wook's very particular brand of cinema, worth discovering or re-examining at Lumière. Otherwise said, when the festival brings the moviegoer along, without letting go of his hand, it leads to a visual experience like no other.

Park Chan-wook is a student of philosophy who has chosen to deliver his astounding visions - unfiltered - to his movies. In ten feature films, the director has become one of the leading and most striking artists of his country, but also of the cinema world at large. Life, so-called civilized society, as seen through the prism of his eyes, is unlike any other chimera.

Above all, the filmography of the South Korean director, born in 1963, contains characters who are innocent but placed in impossible conditions, then set about seeking revenge mechanically, hunting the guilty down obsessively, exhaustingly, almost comically, with - wait for it- a touch of tragedy in the mix. Park Chan-wook deals in the absurd, the grotesque, where there are often grave circumstances. In a visual sequence from Lady Vengeance (2005), a group of parents, armed with raincoats, knives in hand, wait their turn on a school bench for their chance to torture the man who murdered their children. The wait seems simple, banal even, as if waiting for a routine PTA meeting, and yet... 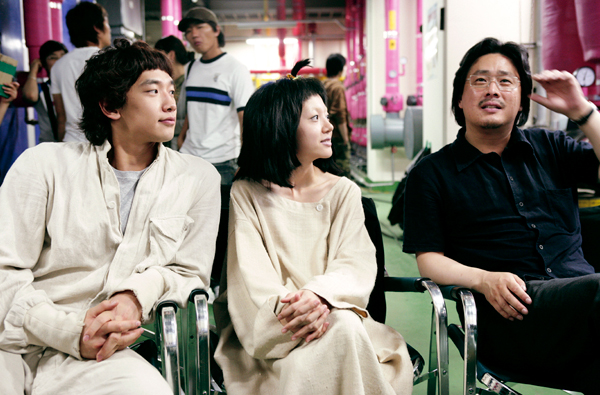 But make no mistake, it is not for mere shock value, or vain, meaningless amusement that Park Chan-wook delivers such visions, but rather to help us develop a kind of distance. It is an aesthetic appeal to reflection, reflection on the actions we go through without thinking about them enough, causing total chaos or transformations in each of us.

Thus through a magnificent, colorful, inventive, liberated, entertaining cinema, Park Chan-wook places effortlessly, and always with the wildest surprises, the viewer in front of his own shortcomings… without assigning guilt, simply in solidarity, because, after all, the filmmaker perhaps identifies with his characters - vulnerable yet determined.

Men in the prime of life, artfully and powerfully played by actors Choi Min-sik or Song Kang-ho, are transformed into vampires (Thirst, 2009), or into a modern version of the Count of Monte Cristo, swallowing a living raw octopus whose tentacles cannot resist his mouth (Old Boy, 2003). Women prefer to become robots (I'm a Cyborg, But That's Okay, 2006) and girls learn to become pretty snakes to fare better in a man's world (The Handmaiden, 2016, French release November 2, 2016).

A film genre composed of what is most admirably insane.