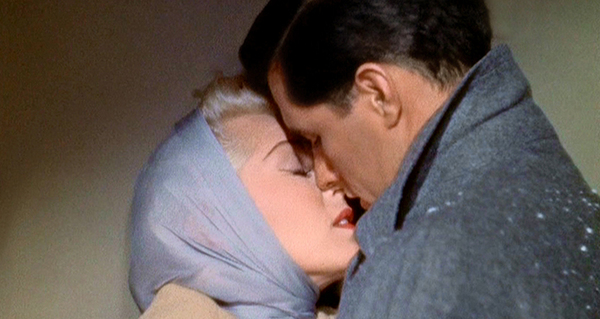 The last Hollywood film by the undisputed master of a genre (which he singlehandedly invented), the "flamboyant melodrama" Imitation of Life is a dark monument in Technicolor that blends smoothly at first, before segregating emotions into black and white and differentiating circumstance of blacks and whites. The opening credits warn us, with cascading crystal tears of its languid melody: "What is love without the giving / Without love you're only living / An imitation of life." The film opens on the beach at Luna Park in Coney Island. A polychromatic, glittering, crowded, bustling Coney Island…

Lora Meredith, the name of the heroine played by Lana Turner sublime in the blue, white and red of her eyes, dress and mouth, respectively. Lora has lost Susie, her little daughter in the crowd; in other words a needle in a haystack! By the time she locates jer, Lora finds herself talking to Annie Johnson, a black lady with a disarming sweetness, accompanied by a little brunette with dark skin, Sarah Jane, busy playing with Susie. Sarah Jane has kind, Spanish eyes, born of an unknown white father and already inseparable from Susie. The blondie with the vintage forties braids seems delighted by her new friend. When Lora mentions how difficult it is to raise her child alone, Miss Johnson senses an opening and rushes in. And she cuts to the chase, ready to define the contours of her future job: A live-in maid... to watch over your little one... a serious and solid woman who eats next to nothing, rarely comes out and asks very little… "I can start today, Miss Meredith, I'm the one for you. I don't even need a salary, hire me!" Miss Meredith claims she would have to pay her, but cannot. The story could have ended there!

But upon leaving the beach, Miss Meredith hears the mulatto child, a social outcast, complaining about having no roof over her head…  her heart bleeds, and Lora concludes the deal with a shrug and a smile... Undoubtedly, the talent of Douglas Sirk rests not in the sophistication of the intrigues, but his genius lies elsewhere: Witness the infinite delicacy with which he narrates the movements of the soul and forced body movements and depicts how cruel society is in its obstinacy, denying too often the uniqueness of beings.

… Lora Meredith will have a career and reach the pinnacle with, the brave Miss Johnson, always at her side, infinitely devoted, keeping her promise of no drama! No, it's her daughter who is problematic… For example, when she says, "I'd rather die than be black!" or, "I'm tired of going through the service door!" we understand that the of WASP American guilt-trip is left gapingly resolved and the girl, who has become a sort of Natalie Wood, is killing his mother little by little. In a colorful and framed New York like a Saul Leiter photograph, Sirk contextualizes the problem underlying the adapted novel: the issue of race and "passing for white," a person of color whose skin is clear, claiming to be 100% white and masquerading as such…

I will spare you the end of the film that had me in tears just thinking about it ... This movie is certainly a real tear-jerker, but see it though, because it will make you feel good, for the time of a weekend or for life! 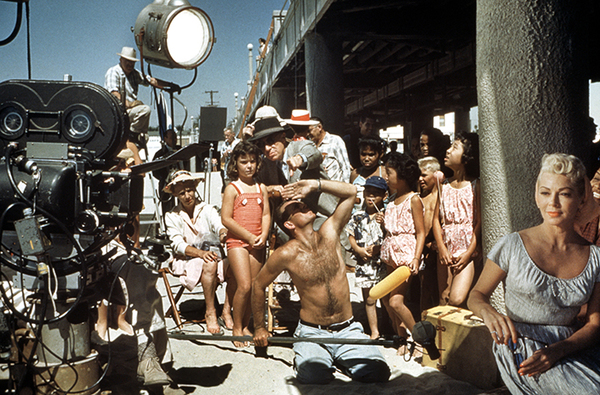