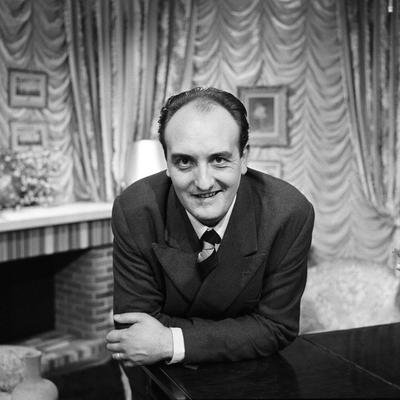 A festival dedicated to movie buffs must bid a tearful farewell to another great lover of the cinema, a jovial disciple of a shared passion. Pierre Tchernia, who passed away at the age of 88, was Monsieur Cinéma, the name of the show he hosted from 1967 to 1980, where two cinephiles - intellectual heavyweights - would face off in a game requiring an encyclopedic knowledge of the minute details of motion pictures… A game show of high culture we rarely see these days. Older audiences will also remember the prematurely balding, great chap as "Mickey's friend," the good-natured presenter of Disney shorts that delighted young viewers in the 1970s.

!From Mardi Cinéma to Enfants de la télé, where he achieved second fame as an affectionate "Grandpa" figure, narrating of the early days of the audiovisual medium, Pierre Tchernia applied his geniality and humor to the service of the big and small screen. The film lover was also a filmmaker, and an inspired one at that: The Annuity (1971), which he co-wrote with friend René Goscinny, the brilliant creator of Astérix, is a satirical high voltage comedy, which runs through the History of France - especially the Resistance - with a strong dose of irony. Tchernia found his favorite actor in Michel Serrault, who then starred in all his films. A humorist and a humanist, a great man has left us. Adieu, Pierrot!